A Plastic Ocean is an adventure documentary, which was shot during four years and at more than twenty locations. With a team of international scientists, Craig Leeson and Tanya Streeter documented the consequences of plastic waste in our oceans as well as pointed out solutions.

The earth is known as the blue planet – over 71 percent of the surface is water. The importance of the oceans seems to be obvious but still, mankind does not show as much care for the oceans as we should. As a surfer of a lifetime, you have a special bond to the ocean. Why and at what point did you decide to participate in the project A Plastic Ocean?

The project’s producer, Jo Ruxton, called me one day and asked if I’d seen much plastic pollution while I was surfing, diving and filming in the ocean. I said I couldn’t honestly recall seeing much at all. Jo then told me about the north pacific gyre and that a great deal of plastic had been found at its centre by a sailor called Charles Moore and, as she was heading there on an expedition to investigate the problem, I decided to start looking in my own environments. What I found shocked me, not just because of the amount of plastic that I saw, but the fact that I hadn’t recognized it before. I realized plastic had become such an integral part of my life it had become invisible to me. When Jo returned from the expedition and told me they had found on average 46,000 pieces of plastic in every square mile of the gyre, we both realized we had a major situation on our hands. We found there was little research on this issue and very little science, so we decided we needed to go out and do it ourselves.

Shooting the movie, what insights were the most eye-opening ones for you that you particularly wish to make public?

When you take a look at the figures of how much single use plastic we consume you start to get a feel for how big this problem is. This year we will manufacture 300 million tons of plastic, half of that is single use plastic which has an average shelf life of 12 minutes. Think about that. 12 minutes and then it’s thrown away. But where is “away”? There is no “away”. What we found is that plastic works its way in to the environment – 8 million tons enters our oceans every year – and it gets in to our food chain and comes back to us, causing all manner of human health problems. In the United States, we know that 92.7 percent of all American adults have chemicals associated with plastic in their bodies. Their kids between the ages of 6 and 11 have twice as much. This is because when women give birth and breastfeed their babies their bodies give up nutrients and toxins to feed the baby. So kids start life with an automatic download of toxins. When we started this journey I thought it was simply going to be about the damage to the oceans we are doing. But what we found is that we have poisoned ourselves and our children to a point where it’s even causing a change in gender.

Can you describe to us the moments that were most frustrating or shocking during the making of the film?

The most shocking was when we performed the necropsy on the shearwater birds. Opening the stomachs of the babies and seeing how much plastic was in them was heart-wrenching. They had been fed this by their parents who had mistaken it for food in the ocean. Their stomachs fill with the stuff and they stop eating and eventually die of starvation. It was at that point that I realized I was personally responsible. The bottle tops and balloon ties and golf tees and other bits and pieces I saw in those birds could have come from my rubbish bin.

Were there hopeful moments?

We realized the footage and stories we had were so confronting we needed to leave people with a sense of hope so we focused the entire third act of the film on solutions. We wanted people to feel empowered on an individual level. 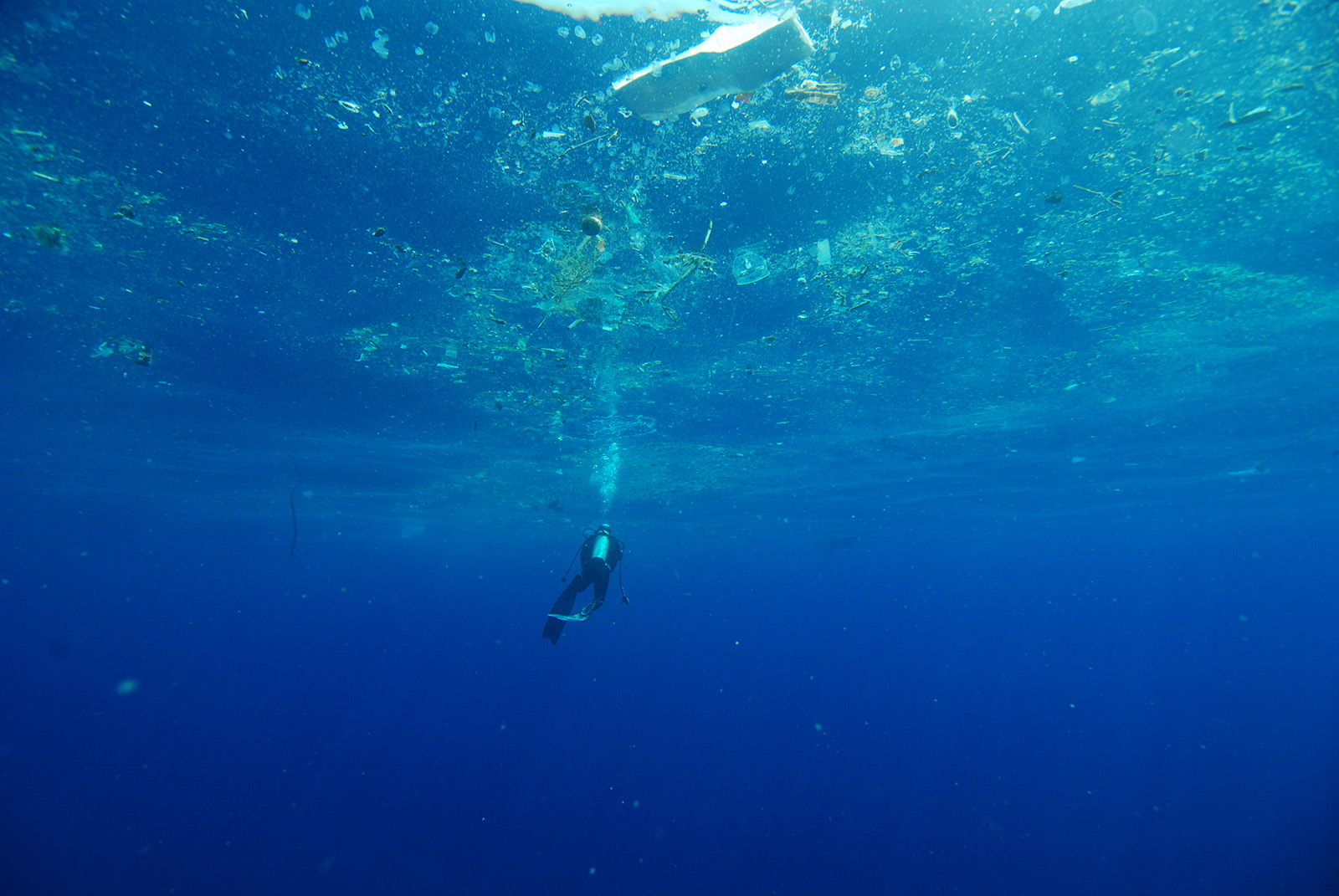 Do you consider yourself an activist?

That’s an interesting question and one I’ve been asking myself repeatedly since the film was finished. As a journalist I like to sit on the fence and present views based on all sides of a story. I think we still did that with APO. But it has certainly made me feel as though this issue needs a voice so I have been active in public forums, schools, and with businesses and bankers and politicians, educating people on the issue and researching new solutions and helping them come to the market place. I think this issue has changed who I am. And the film certainly seems to change everybody who watches it. It’s very powerful, disturbing and confronting and it makes us face a lot of problems we never knew existed before.

To what extent are the risks irreversible? Can we fix the situation?

The problem with plastic is it is the most durable product we have ever made. How can something so durable be disposable? Every piece of plastic ever made is still on the planet is some shape or form. And it’s in places we can’t even get to. In the film we illustrate this by taking a submarine to the bottom of the Mediterranean where we find fields of plastic bottles and bags. Because there’s no light, no oxygen and no wave action there, this rubbish will remain there forever and we currently have no way of recovering it.

How can we start to put words into actions and work against further environmental damage which concludes in animals dying and our resources and health being at risk?

Firstly we need to ban single use plastic. As soon as we declare it toxic we can regulate it under a raft of legislation already in place. Individually we need to break the habit of using single use plastic products. I don’t use a straw at home so why do I need one when I go to a restaurant. I don’t. Bottled water is one of the greatest marketing cons of the century. Carry a steel bottle and also use it to get your coffee with. Unwrap all that plastic the supermarkets put around your food and leave it at the checkout. Why would you want to take it home and have to be responsible for its disposal when you don’t need it anyway? Talk to your local politicians and get them to change the way plastic is recycled so it’s not viewed as rubbish but as a resource. Go to www.plasticoceans.org and download the film and get your friends to do the same. Donate to the Foundation so it can continue with its education work in schools. Talk to other people like restaurant waiters and ask them for alternatives to plastic for your takeaway food. It starts with each and every one of us.

How do you hope “A Plastic Ocean” will affect viewers? What do you wish to change in terms of environmental consciousness?

Almost every public screening I’ve been to I’ve had people cry watching the film. I get emails on a daily basis from people around the world who have been affected by its message. One woman said she almost had a divorce because she went home and threw out all plastic from her house and her husband thought she had gone mad. So, raising the issue is vital. But the message the film contains about the environment is even greater than the issue of plastic. It reminds us that we live in a very fragile environment with systems that currently work to our advantage, that sustain us, that keep us alive. If these systems break down, then we will all die. It’s that simple. There is no alternative earth. We have nowhere else to go. We are all in this together and our resources are finite and fragile.

Where will the film be available to watch?

We urge people to download the film from the website at www.plasticoceans.org because the donation goes towards helping the Foundation continue its work. It’s also available on iTunes (where it has been the No.1 documentary in the US, UK and Canada). And it’s now available of Netflix, where Leo DiCaprio has endorsed the film and put his name to it.

Thank you very much!

We wish you and your project all the best – may the film result in many people taking active care of the environment and plastic waste to stop. 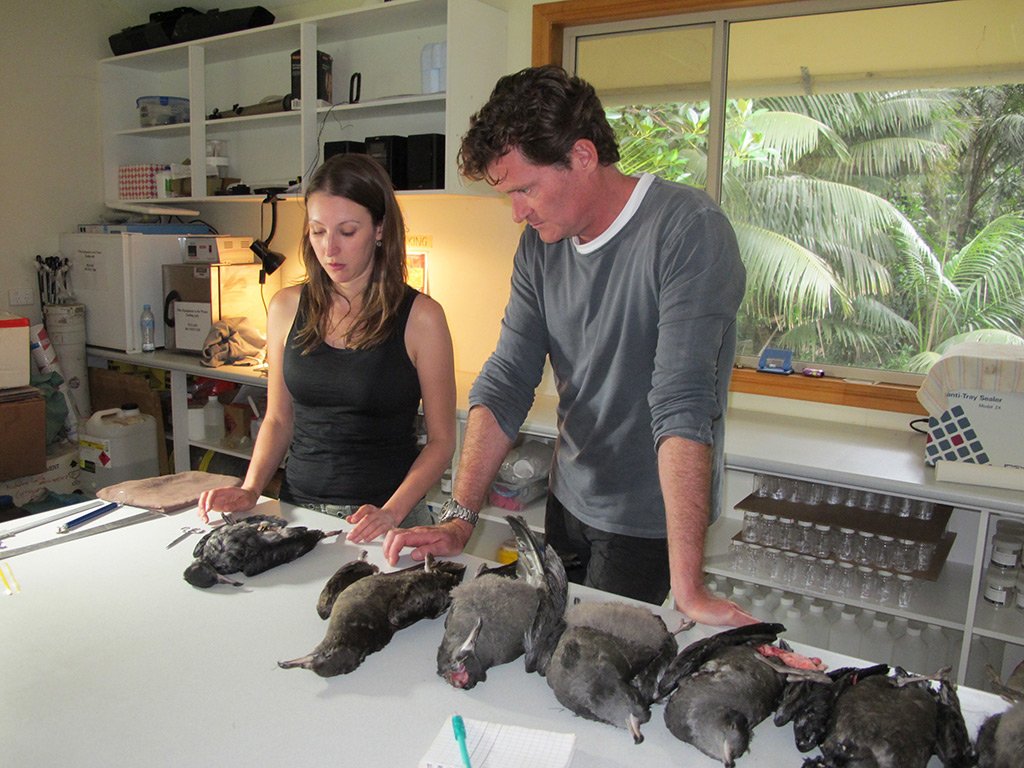